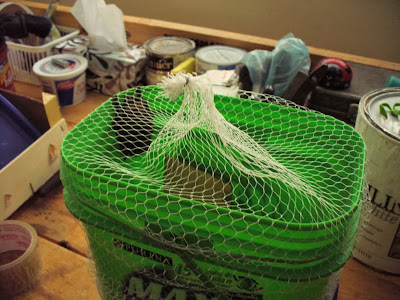 What are you looking at here?  Why, it's the bat we rescued yesterday!  Early in the day I received a call from work about a bat that was in our building!  Clinging to the projector screen cover, it was distressing to my fellow employees and it was only going to become a nuisance if he started flying around.  So, on a ladder with a double layer of gloves on and some help, I firmly grasped the screeching little guy and got it into a kitty litter pail!
Now what? 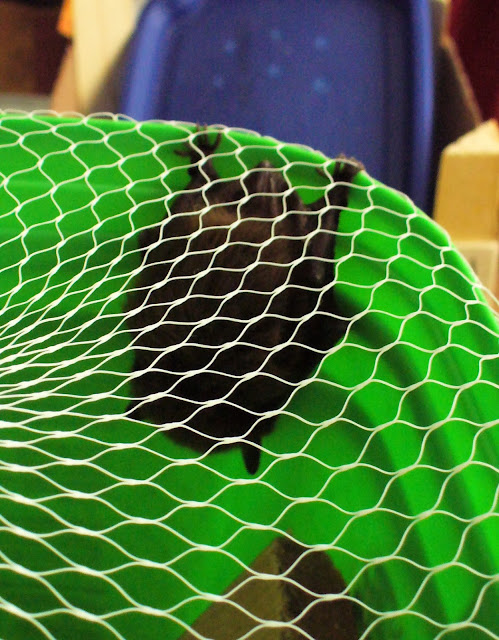 At first we thought he'd died, he was laying on the bottom of the pail and even stroking him with a stick didn't cause a reaction.  I was already trying to figure out how we could determine if he was really dead when we found him like this, clinging to the pail's edge!  Yippy!
So today we handed him over to the great folks at Salthaven Wildlife Rehabiliation and Education Center where they will house and feed him over the winter and then set him free in the spring. (Thank you, Jason and Megan!)
Look at those little feet!  Judging by his size, I'd guess he's a Big Brown Bat.
November 27 update from Megan, Volunteer Coordinator at Salthaven:
"He is an adult male and weighs a hearty 15 grams. He seems to be in good health and is only slightly dehydrated which is pretty normal when coming out of hibernation. He will be rehydrated and kept in isolation for a few days then introduced to some of the other bats we have in care. Thanks again for helping the little one!"
Posted by Scratching at the Window at 12:52 PM No comments:

Food.  I love food.  And I express love through food.  I make food for the people I love and send food to the people in my life that I value.  Food is love.

This is a closeup of Mom's birthday cake, a plum flan: 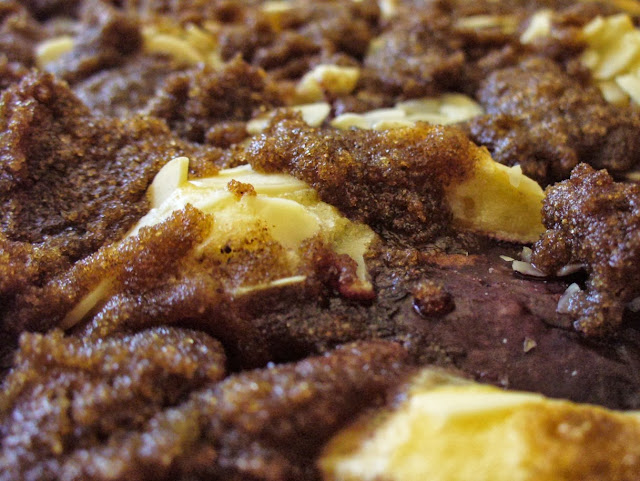 It looks a little like the Utah landscape near Kanab, hills and valleys, cliffs and rivers... a thing of beauty and yes it was delicious!

I've been thinking a lot about food in the past months as a friend has just had rather extreme surgery by choice and was, post-surgery, very limited in the kinds and quality of foods she could eat.  This led me to realize how social food is:  we get together to eat in a restaurant, we make special foods for special occasions, every Holiday has its own iconic foods, we show people how much we care for them by making their favorite meals, we gift food to people we want to make feel special, we say "thank you" with a gift of food...  So how much does your relationship change with a person who has a very restricted diet or basically can not eat with you or anything you could possibly offer?  What do you do instead?

I love food.  I love experimenting with food, trying different flavours and I love gifting food.  So I had a really hard time, antisocial as I am, to re-define my understanding of its role in my friendships.  If there is no food, no shared food pleasure, no food distraction, what is there?  Luckily, the friend is a gem and worth any little discomfort or awkwardness that might arise and we'll work it out.


While some pieces of love are delicate and difficult (like these squiggles), others require a group effort (like a gazillion yeast organisms helping you out) 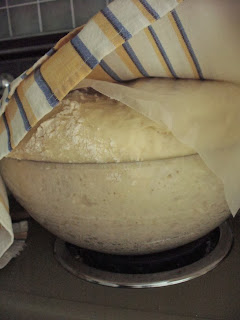 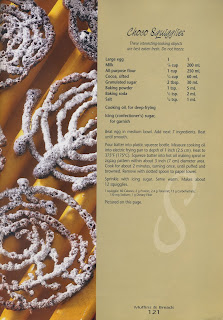 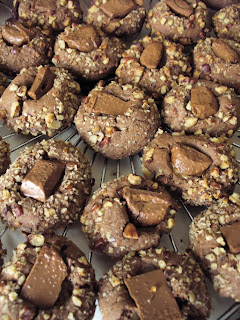 So, enjoy!  Savour!  And realize how lucky we are to be able to appreciate food as more than just a necessity.


Posted by Scratching at the Window at 5:32 PM 1 comment:

We were at Michaels on the weekend, with our trusty coupons.  Did you see us?  We were the ones buying everything NOT Christmas, all the orange paper, orange ribbon, Monarchs, etc... and the huge 2 x 3 foot frame for my Trick 'r Treat poster.  It now is framed, hung and gorgeous!  ﻿ 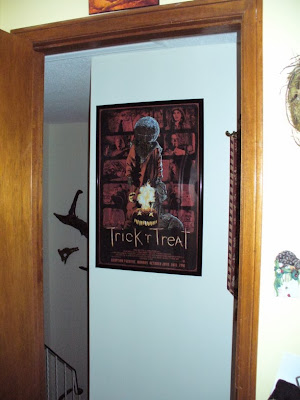 This poster is an inspiration, we're already planning what we'll do for Hallowe'en 2014! 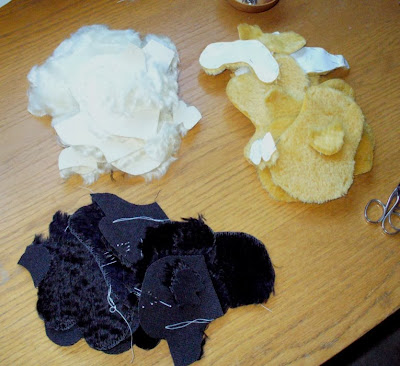 Well, our entire Los Angeles trip was an inspiration and I've started working on three bears that will be Day of the Dead bears.  The male will be black, the female white (oh so soft!) and traditionally decorated/dressed.  The third will be orange, a Hallowe'en/Day of the Dead mixture.  All will have removable paper maché masks. 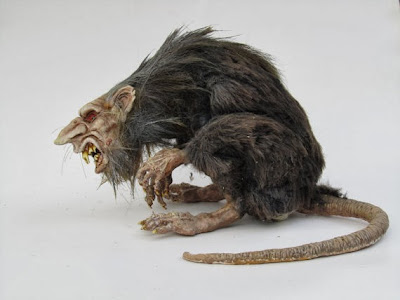 Perhaps a little too ambitious but it's brewing:  how about a creepy caged rat?  I'm drawn to this creature made by etsy artist YoltansArt and since I already make rats this could be a very cool new extension of my critters to make a Hallowe'en prop for my haunt in 2014.  We'll see...

Posted by Scratching at the Window at 5:17 PM No comments:

Mom and I were in Los Angeles from October 28th to November 4th and had an incredible time experiencing, among other things, Hallowe'en and the Day of the Dead!  I've written an extensive report on my website, you can see it here:  http://www.scratchingatthewindow.com/index.htm, just scroll down and click on the Day of the Dead poster.

We brought home quite a few goodies... 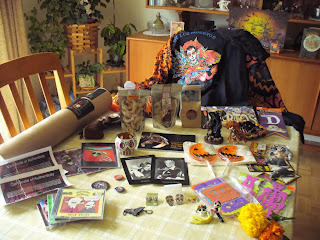 ...but upon leaving the Cemetery after our tour, I salvaged two marigolds.  They had been part of the Cemetery gates' decoration and were headed for the garbage but now they're drying and I will use them next year to attract my beloved lost ones home for our Dia de los Muertos in the backyard... 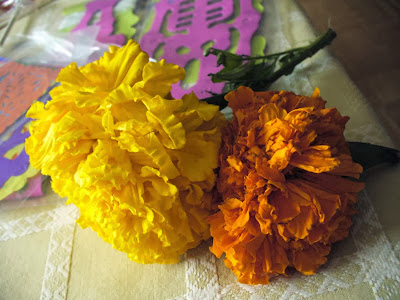 Posted by Scratching at the Window at 5:03 PM No comments:

This blog was originally started to share with you my inspirations, preparations and creative spirit as I brought to life the critters that make up Scratching at the Window! From 2014-2019 my creative life got side-tracked as we literally took a flying leap and opened The Flying Leap Bed & Breakfast! Now I've moved beyond the B&B and are once again looking to share motivation and creative endeavours as a soft sculpture and paper artist. Enjoy!