Although it feels more like November, this has been a great Hallowe'en season!  Our Monster March on October 20th was blessed with one of the few nice days and the turnout was awesome!

And our Elora Center for the Arts has been very generous with its treats:  a whole selection of Hallowe'en inspired workshops and talks!  I was able to take part in two workshops: 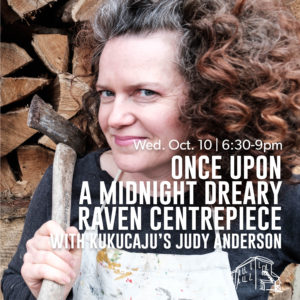 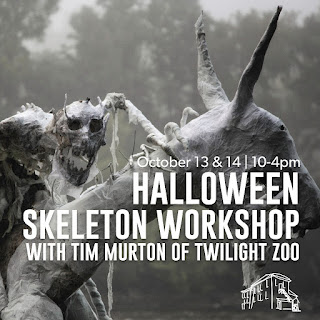 and they were both great experiences!  I have to admit that this year I've scaled back on the decorating because we adopted a pup (more on Zorro in a later blog post) and instead of shopping I made these two awesome decorations! 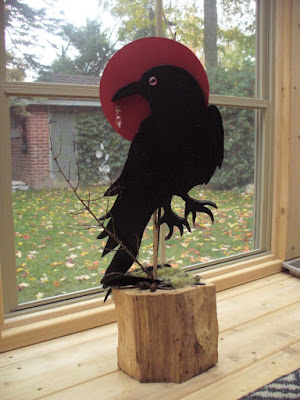 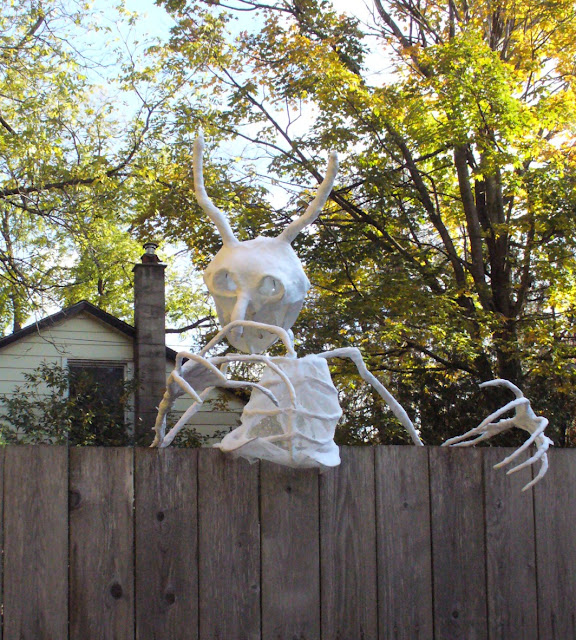 Judy Anderson gave a lively, fun workshop on a dark and dreary evening and everyone was able to complete a unique centerpiece. 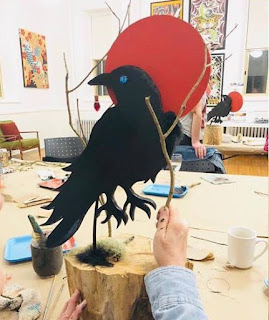 It was rather thrilling to accomplish so much in so little time!  Bravo to Judy for presenting such an organized and well-planned event!

And on the weekend, it was Tim Murton's turn to guide us on the creation of a Twilight Zoo skeleton!  We had to work hard and fast to finish a full skeleton in two days, what a ride.  It took a week for my hands to recover after twisting wires all day, then paper maché-ing for a whole day! 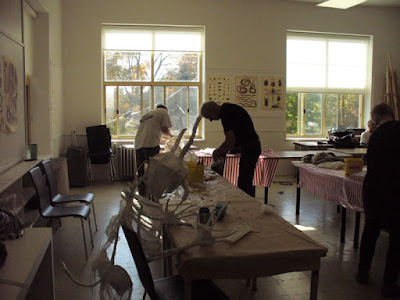 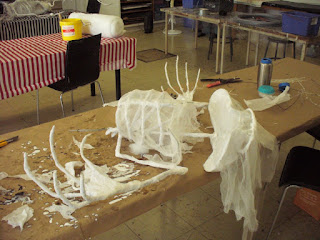 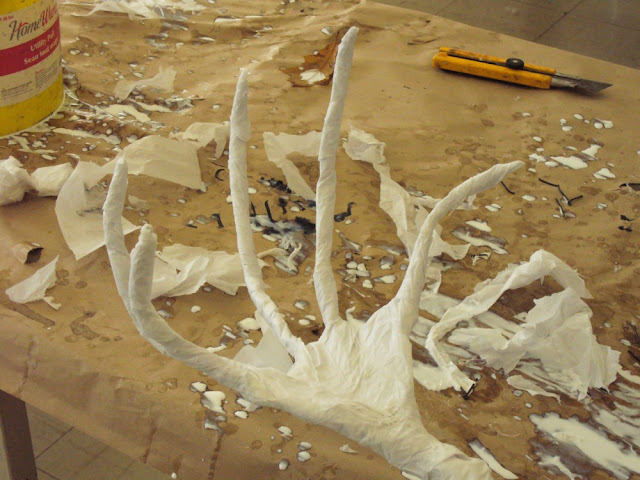 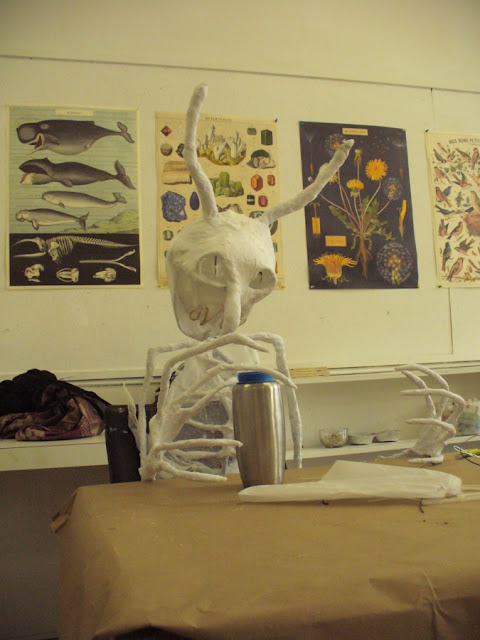 In the end I decided to spend more time on the head and forget about the legs, which worked out fine (although Tim gave us whatever we needed to finish our projects at home).  "TZ" is my pride and joy, but I'm so nervous about his weathering that I haven't put him outside!  He's enjoying his "life" in our sunroom, peeking out the windows at everyone passing by.  If it's not raining, he will go outside Hallowe'en night!
Posted by Scratching at the Window at 5:31 PM

This blog was originally started to share with you my inspirations, preparations and creative spirit as I brought to life the critters that make up Scratching at the Window! From 2014-2019 my creative life got side-tracked as we literally took a flying leap and opened The Flying Leap Bed & Breakfast! Now I've moved beyond the B&B and am once again looking to share motivation and creative endeavours as a soft sculpture and paper artist. Enjoy!